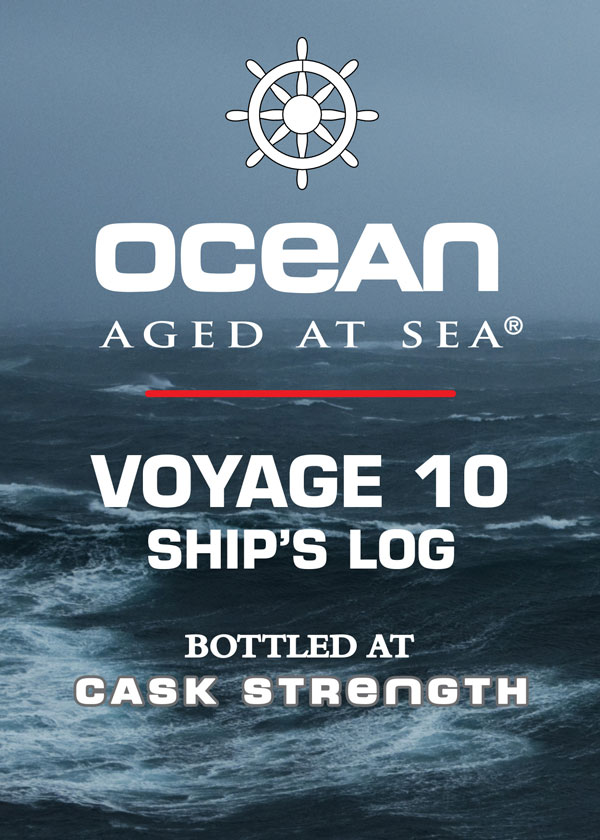 OCEAN Voyage 10 departed Savannah at the end of June. Sailing south, the ship encountered rough water down to Manzanillo at the north end of the Panama Canal. The smooth canal transit offered relief but below the equator, the seas were again very rough all the way to Papeete, Tahiti. From there to Auckland, the weather deteriorated into a full blown typhoon that beat against the Tamesis for 15 days. With a one week break, it was back in another storm around Australia to Fremantle. Back above the equator, the seas moderated a bit through the Philippine Basin and across the North Pacific. South to Long Beach, back through the Panama Canal and up the east coast of the United States, the seas were relatively calm. However, in keeping with the journey of Voyage 10, the North Sea crossing, in both directions, was very rough. The final port of Savannah was a welcome sight. With more than half the voyage under rough to extremely rough sea conditions, the bourbon was aggressively agitated inside the barrels most of the way, picking up dark color and intense flavors as more of the bourbon washed over the wood. The environment of every voyage is unique and unpredictable. Jefferson’s OCEAN Voyage 10 is offered as Cask Strength and while the seas were rough, the bourbon is remarkably smooth and robust.