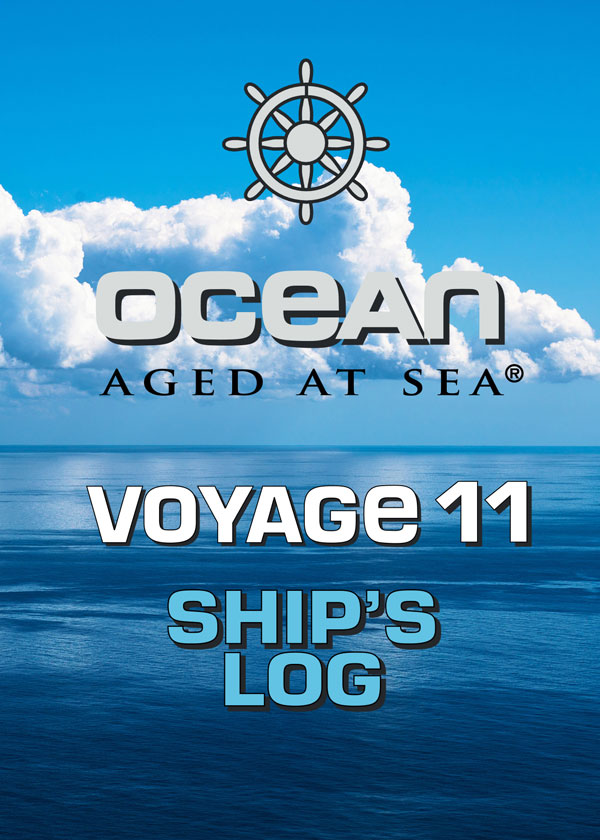 OCEAN Voyage 11 departed Savannah at the end of July and what a difference a month can make! Sailing south to the Panama Canal and out into the South Pacific, the seas were slight and the weather clear all the way to Tahiti, New Zealand, around Australia and to Fremantle. Passing through the South Australian Basin, the seas rose to moderate for a couple of days then settled back to calm, crossing the equator and sailing north to Singapore, Shanghai, South Korea and Japan. Across the North Pacific and south to Long Beach, it was smooth sailing for the Tarago with air temperatures in the 80’s. Apart from the normal motion of the ship, the bourbon on board Voyage 11 remained relatively at rest inside the barrels, giving it less contact with the wood. There will never be another voyage exactly like Voyage 11 and there will never be another bourbon exactly like Jefferson’s OCEAN Voyage 11.