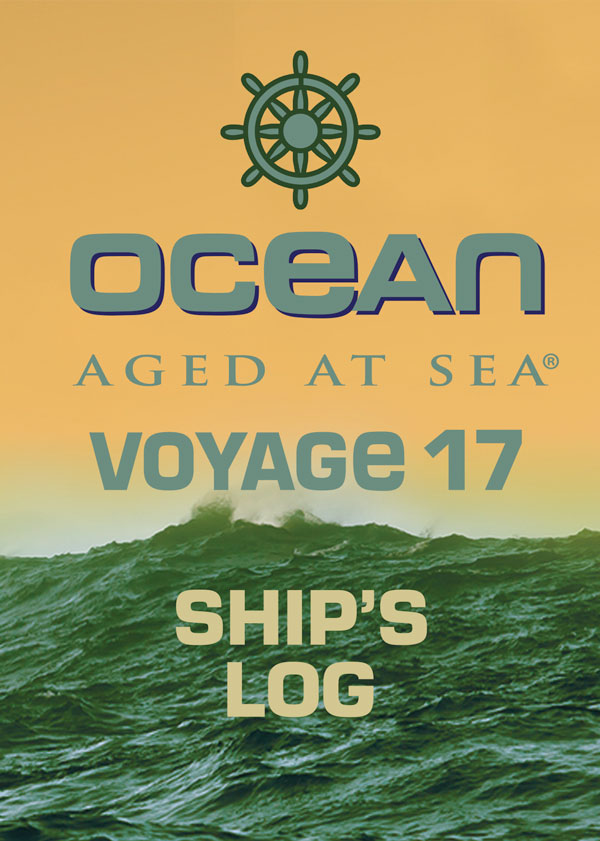 It is always fascinating to read the bridge data as it comes in from the ships at sea carrying Jefferson’s OCEAN on its voyage to five continents around the globe. Every journey is an adventure in its own right but the conditions encountered are vastly different from one voyage to the next.

OCEAN Voyage 17 was smooth sailing from start to finish. Air temperatures never dropped below freezing and for most of the trip, hovered in the mid 80’s. It was downright balmy compared to voyages in the past. With the exception of rough water during the three day passage from Melbourne to Fremantle, seas were slight to moderate. OCEAN Voyage 17 was a pleasure cruise complete with one humorous event that we could text home about. Cruising the Pacific Rim is just what you would expect: a big circle around the edge of the Pacific Ocean. All of the storms that occurred during Voyage 17 formed and blew themselves out in the middle of the Pacific. Even the China Sea, notorious as the most active region for typhoons was unusually quiet. This is not to say that isolated storms don’t have far-reaching effects over time.

Several months prior to OCEAN Voyage 17, a container ship bound from Singapore to San Francisco, was caught in an extra-tropical cyclone north of Japan and lost a cargo of rubber ducks overboard. The container broke open and tens of thousands of the little squeak toys have been tossed around and traveling ocean currents ever since. As we sailed south from Tacoma to Long Beach, we saw a great flock surfing the waves, bringing all hands out on deck to see the spectacle and have a good laugh! This smooth journey resulted in an exceptionally smooth bourbon. So, get yourself a little rubber duck, a leaded rocks glass and an ice cube or two and enjoy OCEAN Voyage 17.