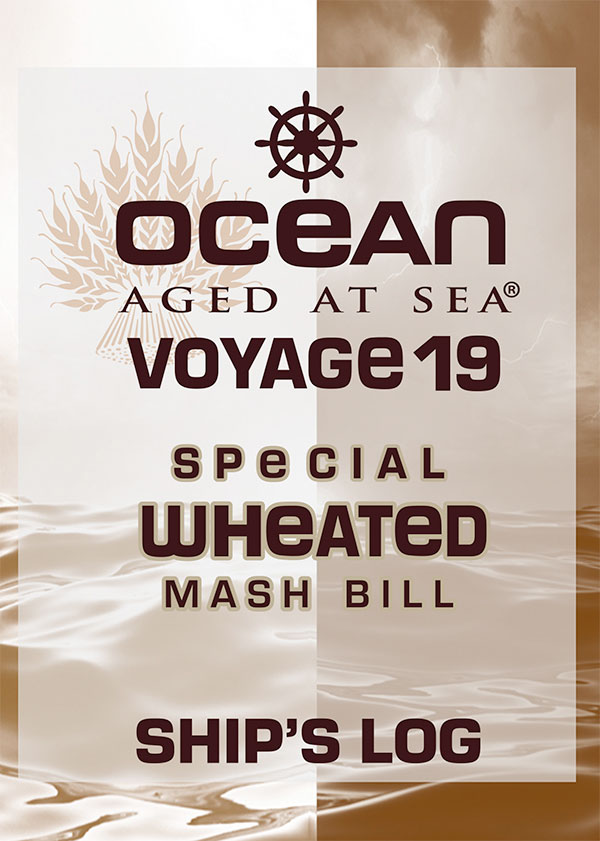 The bourbon barreled for OCEAN Voyage 19, once again uses wheat in its mash bill as its small grain instead of the typical rye. Reminiscent of Voyage 15, the less flavorful wheat allowed the sweetness of the corn to build through the maturation process. Once barreled and put to sea, the bourbon was immediately and continually influenced by the salt air and constant movement of the ship. OCEAN Voyage 19 traveled to 30 ports on 5 continents and crossed the Equator 4 times in the process. With each crossing, there was an extreme contrast in temperature as the ship transitioned from winter to summer and vis versa without the buffer of spring and fall. Extreme heat caused the sugars of the corn to caramelize in the wood and work their way into the bourbon as the wood contracted with the extreme fall in temperature. Without having to compete with the spice of the rye, the bourbon of OCEAN Voyage 19 took on a great deal of vanilla and salted caramel corn as its dominate flavor with a subtle wood finish.