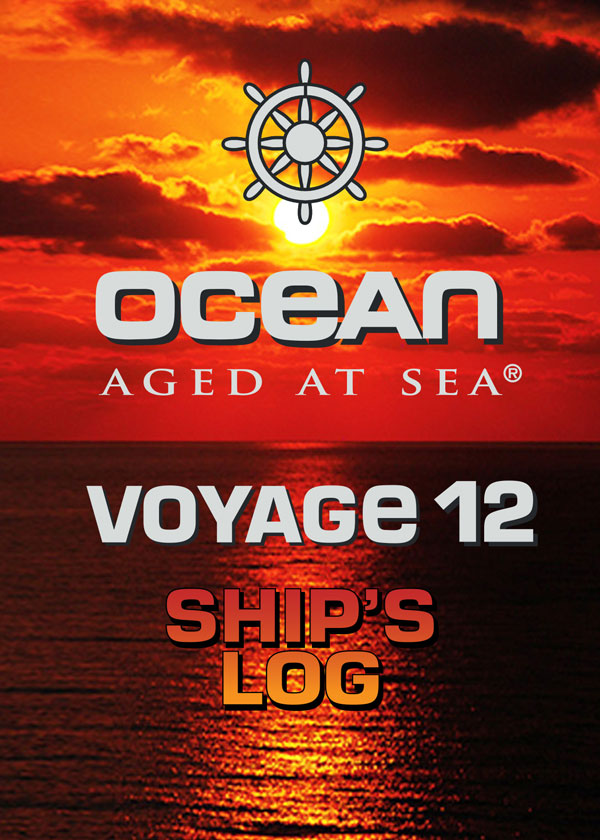 At dawn on departure day from Baltimore Harbor, the skies were red and the temperature was hovering just below 39°. With the old adage, “red skies in the morning, sailors take warning” in mind, final preparations were made to get under way.

OCEAN Voyage 12 entered the Atlantic at noon with slight seas, overcast skies and warming temperatures in route to Savannah. Morning skies continued to display lots of red. The seas went to moderate and while the dew point and temperature remained close together, the Talisman sailed storm free to the Panama Canal. With slowly rising temperatures and high humidity, the barrels expanded to allow bourbon into the grain but evaporation was low. Low evaporation would result in higher yield and that was a good sign. The skies were now red at night to the sailor’s delight.

Across the South Pacific and up into the North Australian Basin, the seas remained moderate but it was hot and humid with temperatures ranging from 90-96° and humidity close to 100%. The bourbon was drawn through the char and into the open grain of the wood. Back above the equator in route to China, South Korea and Japan, temperatures dropped dramatically to below freezing, squeezing the bourbon back out of the wood, carrying with it a charred oakiness, the tang of dark stoned fruit and more than a hint of brininess. Cold and rough across the North Pacific and down the West Coast of America, the unique character of OCEAN Voyage 12 was well established and locked in as seas stayed rough and the air remained cold to the end of the voyage which ended just as it began, under “red skies in the morning.”