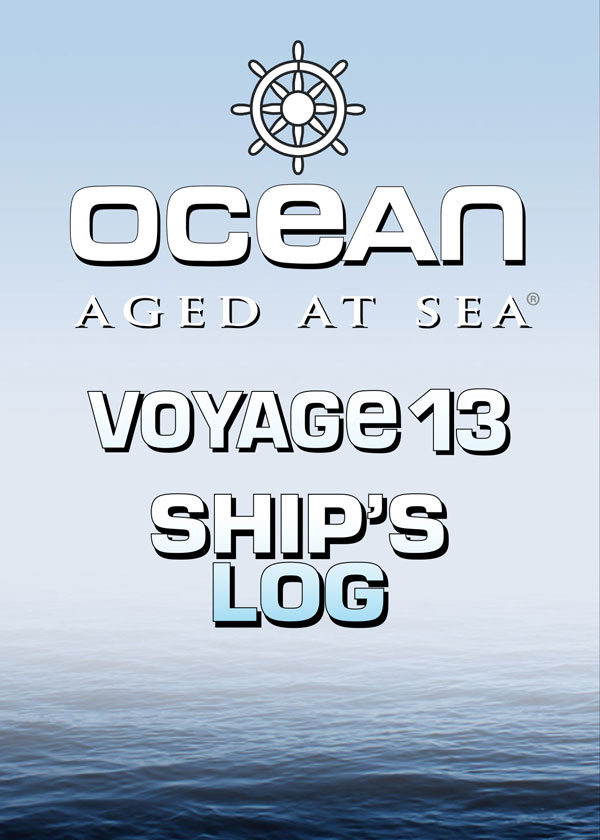 Due to the superstitions of mariners and the stigma associated with the number 13, there was talk of skipping over directly to Voyage 14. Seen as knuckling under to an unreasonable fear, the thought was quickly abandoned in favor of reason.

It had been abnormally cold for late November and on the day of departure from Baltimore harbor, there was a heavy fog and a thin sheet of ice on the open deck. Superstition aside, no one walked under and on-board gangways and they took their chances on the ice. By midnight the next day, the Salome made port in Savannah without incident and the air temperature had risen nicely to the mid 70’s.

Out of Savannah and headed for the Panama Canal, first timers on the crew kept a sharp eye for any black cat that might have slipped aboard to jinx the ritual that was before them. Clearing the Canal and out into the South Pacific headed for Tahiti, the ship would cross the Equator and the “Pollywogs” didn’t want anything to sabotage their initiation into the veteran crew as “Trusted Shellbacks”.

The rights of passage required the Pollywogs to receive an egg shampoo, wear their clothes inside out and stand guard throughout the night to be sure Davy Jones didn’t rise up and make off with any of the OCEAN barrels under lock and key.

Nope, there was no superstition having its way on Voyage 13!

At dawn, the ship crossed the Equator off the Galapagos. The seals put in place by the ATF were examined and found undisturbed. The initiation was complete. The Pollywogs had proven to be trustworthy at sea. They were now Shellbacks and could wash the egg out of their hair.

With the exception of a very rough passage from Brisbane to Melbourne which stirred up the bourbon, it had been a calm cruse from Tahiti to Singapore. Back above the Equator, en-rout to Shanghai and Nagoya, Japan, temperatures dropped dramatically to below freezing and a return to slippery decks. All the way to Long Beach, the North Pacific was cold and rough. Slow traffic back in the Panama Canal provided time to thaw out but it was short-lived. Above the mid-Atlantic coast, the North Atlantic again turned rough all the way through stops in the UK, Belgium, France and Germany. The trip back home to Baltimore was more of the same. The ship landed safely, wrapped in a cold fog but Voyage 13 had not been jinxed.

The bourbon took on its unique character imparted by the heat and cold in the air, the rough and the calm of the sea and the diligent oversight of a crew of Trusted Shellbacks. Since the bourbon in every bottle of OCEAN has crossed the Equator four times, it too can carry the credential of “Trusted Shellback”. It’s just part of its character, allowing it to swirl just as smoothly clockwise or counter-clockwise over a single cube of ice.