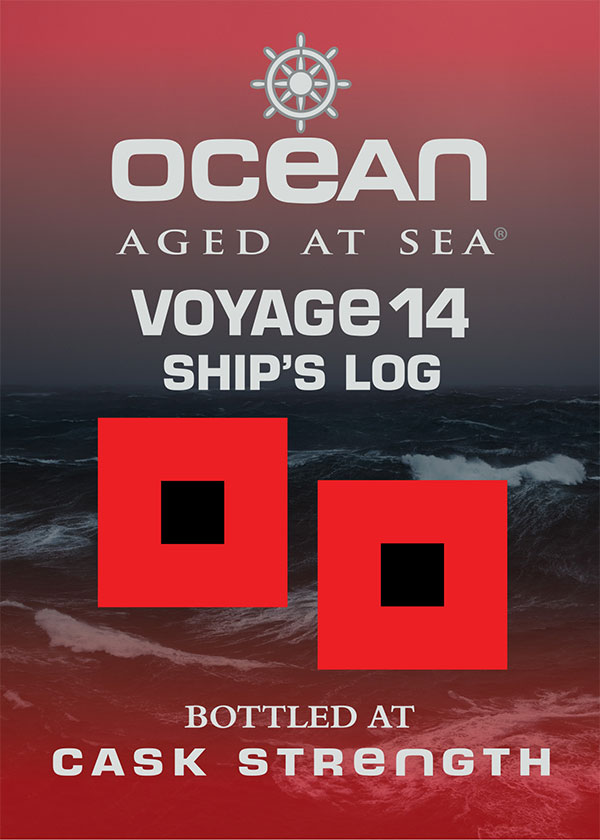 OCEAN Voyage 14 was scheduled to sail on May 31st, the official beginning of the hurricane season in both the Atlantic and Pacific Oceans. Storms at sea are a normal and unavoidable reality however, weather experts were predicting that this season would have more named storms than typical because of a combination of a weak El Niño, above-average ocean-surface temperatures, and weaker vertical wind shear.

With that prediction noted in the ship’s log, Voyage 14 departed the port of Savannah, GA on schedule. True to prediction, heavy seas and powerful winds were encountered 450 nautical miles north of the Panama Canal. By June 2nd there were four named tropical storms working their way across the Atlantic from the coast of Africa and all were cranking up to hurricane level.

At sea, a tropical storm warning is a warning issued by the National Weather Service of the United States when winds between 48 knots (89 km/h, 55 mph) and 63 knots (117 km/h, 73 mph) are occurring or predicted to occur soon. In US maritime warning flag systems, a red square flag with a black square in the middle is used to indicate a tropical storm warning. The use of two such flags denotes a hurricane force wind warning of 74 mph and above. With sustained winds of 58 mph, gusting to 70 mph, a single red and black flag was run up the ship’s mast.

Voyage 14 reached the Panama Canal without having to raise a second red and black flag, but they were far from being out of harms way. The 2017 Pacific hurricane season was also predicted to be the worst in two decades.

Tropical cyclones form all around the world, generally about 300 miles (480 kilometers) north or south of the equator. When they form in the Atlantic or Eastern Pacific, the storms are called hurricanes. In the western North Pacific, they are called typhoons and in the South Pacific and Indian Ocean, they are called cyclones.

There has to be “a perfect storm” of conditions for a hurricane to form: water that is at least 80 degrees Fahrenheit (26.6 Celsius), relatively moist air, very warm surface temperatures, a continuous evaporation and condensation cycle, wind patterns of varying directions that collide, and a difference in air pressure between the surface and high altitude. A good deal of the way through the Pacific Basin and back through the Panama Canal, Voyage 14 sailed under these conditions and had to deploy the double red and black hurricane warning five times.