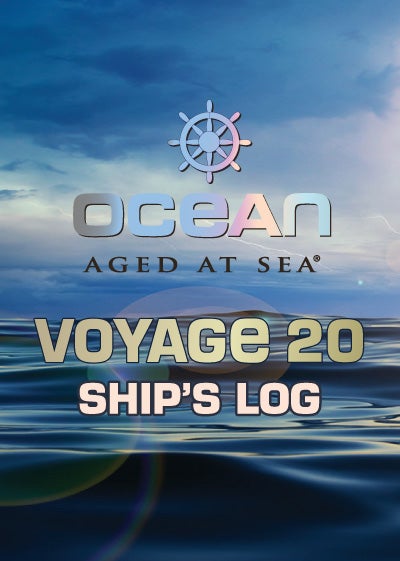 OCEAN Voyage 20 left port under clear skies and slight seas. There was a chill in the air at 45° which warmed as the sun rose above the fog bank being held off shore by an off-shore breeze. As the wind increased and the seas became moderate, the bright sun over the ocean gave it a golden glow that shimmered across the tops of the 4 foot waves and remained such all the way to the north entrance of the Panama Canal.

Traffic was light in the Canal and while the humidity was up, the temperature held to the mid 80’s. Pulling away from the locks at Balboa and entering the Pacific Ocean, the typhoon season was already three months under way. A season unlike the Atlantic Hurricane season that extends over a 6-7 month period, typhoons in the Pacific can occur at any time throughout the year.

OCEAN Voyage 20 was headed south towards the Equator and the storm activity was well to the north. Crossing the Equator, the seasons switched from spring to autumn. Seas were slight, skies were clear, the temperature remained a balmy 85° and the ocean continued to sparkle like liquid gold. With the exception of a rough spot during our run between Melbourne and Fremantle, Voyage 20 had smooth sailing up and around the Pacific Rim, back through the Caribbean, up the east coast of the U.S. and in and out of the North Atlantic. As we docked at 7:40 A.M. in Savannah, the sun had risen over a still and golden sea; just as it had upon departure. Steady temperatures and gentle seas had a mellowing effect on the crew and the Bourbon of OCEAN Voyage 20 and you can experience its golden glow neat or shimmering over an ice cube or two.