EXPLORE THE JOURNEY ON THE INTERACTIVE MAP STARTING FROM EVERGLADES, FLORIDA 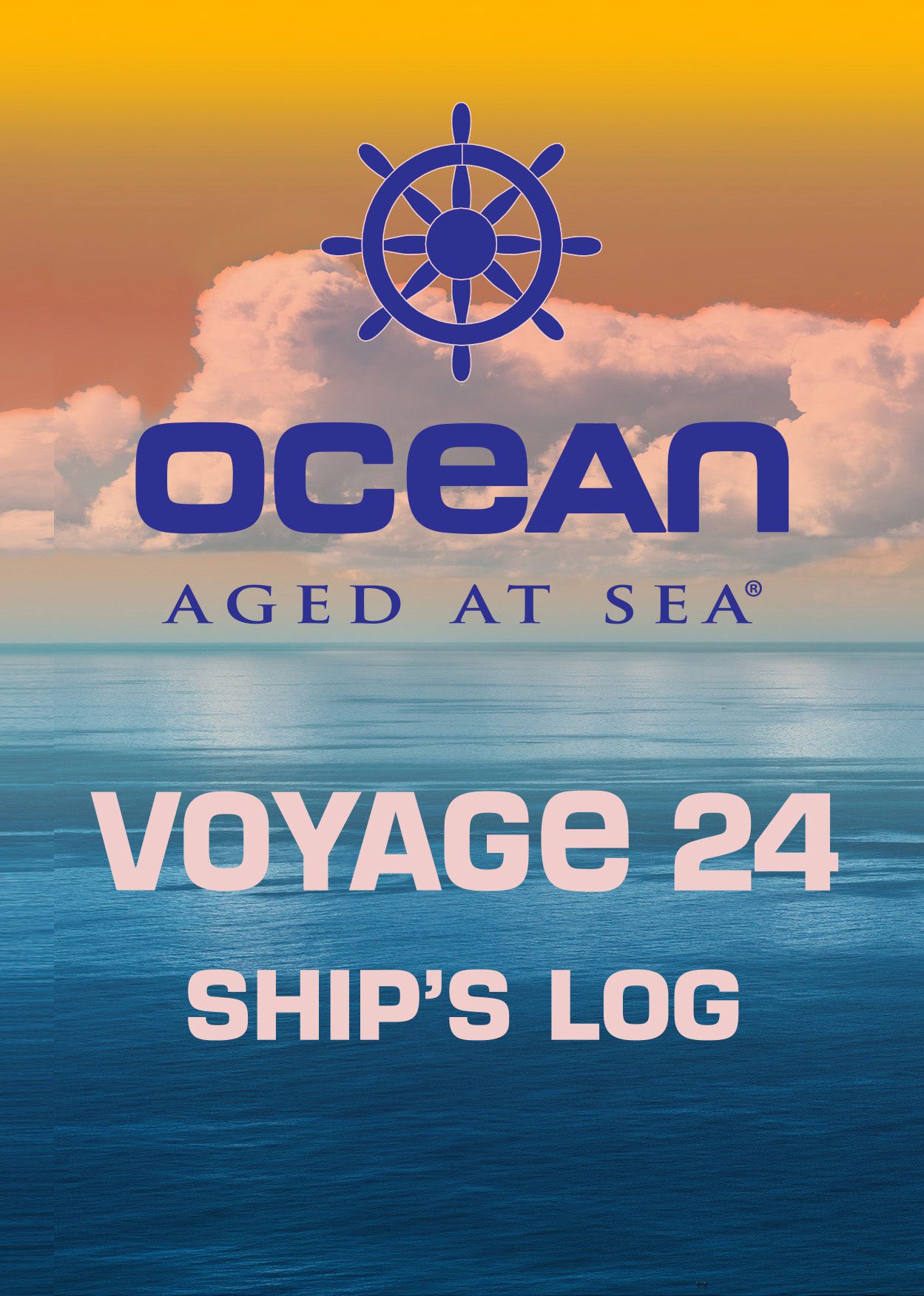 The driving force behind OCEAN Voyage 24 was to introduce a New Experiment to the Jefferson’s OCEAN franchise. On all other voyages, the bourbon traveled across the equator several times, experienced hot and cold weather in the North Atlantic and South Pacific and seas that ranged from calm to violent. The OCEAN Voyage 24 Experiment would test the effect of high heat, all the time. OCEAN Voyage 24 spent all of its time at sea in the Caribbean where the air temperatures were always hot. The containers on board served as “Heat Ovens” as the bourbon visited exotic ports of call throughout the Caribbean and Central America. Throughout the voyage, the humidity was tropical and the average temperature inside the containers was 93.82° F, reaching a maximum of 124.52° F.

Storm activity in the Caribbean started earlier than normal, went dormant for a while then came back strong with eight named tropical depressions thus far. Storm Elsa crossed our path but all other activity passed to the north or west of the course. The waters surrounding Voyage 24 were for the most part quiet but, the sea is never still. The constant motion of the water, tropical humidity and high heat encountered during the Voyage 24 experiment has resulted in a bourbon that is both unique and exotic. Caramelization and enhanced tones of vanilla extracted from the wood give it a sweet taste, mellow pallet and laid back finish. We are thrilled with how the OCEAN Voyage 24 experiment turned out and hope you enjoy it as much as we do. Pour a glass and enjoy OCEAN Caribbean style.