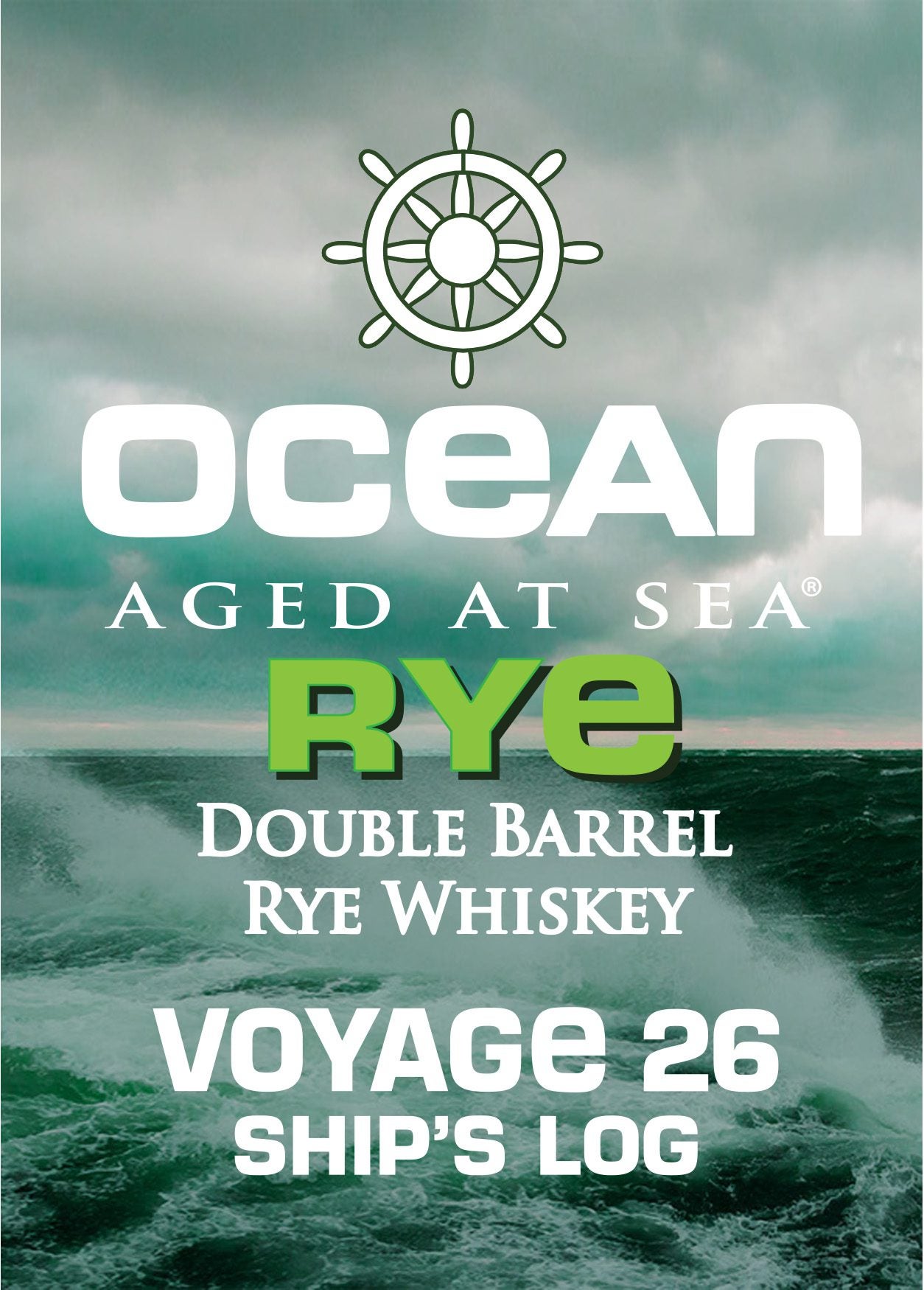 Jefferson’s Ocean Aged at Sea® Rye Whiskey is rye whiskey aged first in #3 char barrels and then double barrel in a split between char #3 and toasted barrels. Jefferson’s OCEAN Rye was then hyper-aged at sea. It was hurricane season as OV26 left the Port of Savannah headed for Manzanillo and the Panama Canal. While the number of named storms that developed in the Atlantic Basin was above normal, fewer than expected attained hurricane status. Seas were slight and the weather was clear to and through the canal. OV26 was off to a quiet start due to a slight weakening of La Nina in the tropical Pacific and warmer than normal surface temperatures in parts of the tropical Atlantic. It was summer above the equator but that would change below the Equator.

En route to New Zealand, surface temperatures dropped significantly in the South Pacific Basin. Sub-surface temperatures had been below average, supporting the cooling of the water at the surface. Relatively weak easterly winds were over-powered by the upper-level westerlies resulting in wind shear that dramatically churned the chilly seas as OCEAN Rye Voyage 26 pushed through to Auckland and on to Brisbane.

Coastal waters off the lee side of Australia went calm until rounding the southern tip of the continent at Melbourne where Voyage 26 again faced rough seas until crossing back above the Equator north of New Guinea. Summer weather had returned. Temperatures were again in the mid to upper 80’s and the seas flattened to Singapore, Korea and Japan. All storm activity was concentrated off Central America where multiple tropical cyclones were blowing simultaneously.

By the time Voyage 26 reached the area, all the storms had blown themselves out and the passage back through the Canal and home to Savannah was smooth with barely a ripple upon the sea.
The constant motion and the dramatic fluctuations in the air temperature caramelizes the sugars in the wood and the salt air permeates the barrels. The final result, rye whiskey that is darker, richer and more caramelized. It is then non-chill filtered, allowing for an even fuller flavor profile bringing you a rye like no other.