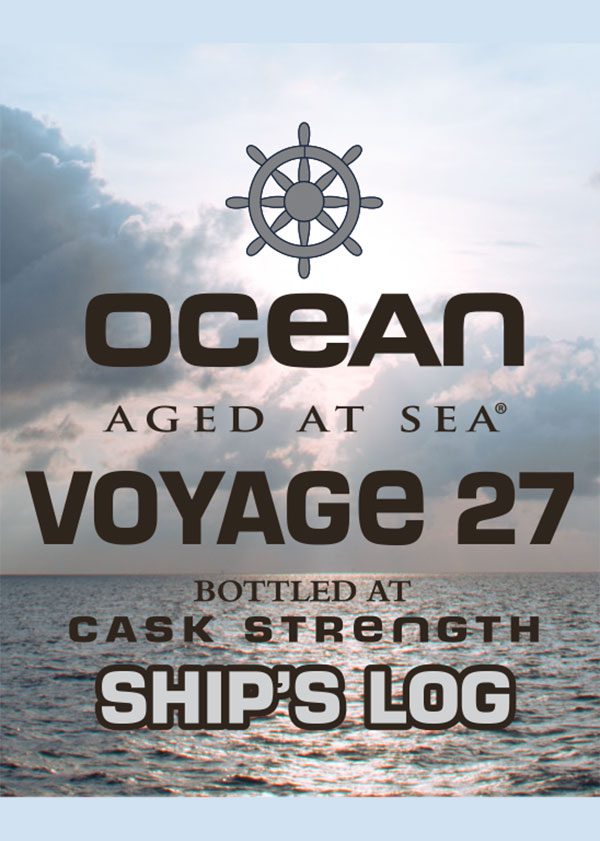 The skies had been clear overnight prior to the dawn departure of OCEAN Voyage 27 which allowed for radial cooling and an unusual drop in temperature for the time of year. The seas were slight as we turned to a heading that would carry OV27 Cask trength south to the Caribbean and on to the Panama Canal.
The temperature climbed steadily as the ship moved closer to the equator. As it passed through the canal in the upper eighties, it felt like you could cut the air with a knife.

Once through the canal, OCEAN Voyage 27 continued to brave the high humidity typically associated with the hot temperatures of the Caribbean as it made its way through the South Pacific.

As we made way to Auckland and on to Brisbane, trade winds cooled the air slightly and moderate seas settled the ship into a steady rocking motion that gently stirred the bourbon in its barrels. From Melbourne to Fremantle, the gentle stirring inside the barrels was much more agitated as the seas became rough all the way into the North Australian Basin.

The course to Singapore, which lies 85 nautical miles north of the equator, took OCEAN Voyage 27 into significantly calmer waters. The combination of temperatures in the mid to high 80’s and the stillness of the sea left the air saturated with tropical humidity typical of equatorial regions.

Alternating between periods of high humidity and moderate to heavy seas best describe the conditions that brought out the unique character of OV27 Cask Strength. Barrels were infused with salt air, sugars from the wood were caramelized and the steady stirring of the bourbon gave it more contact with the wood, giving it its deep amber color and full flavor that stands up very well to its higher proof. Enjoy OCEAN Voyage 27 Cask Strength neat or on-the-rocks.