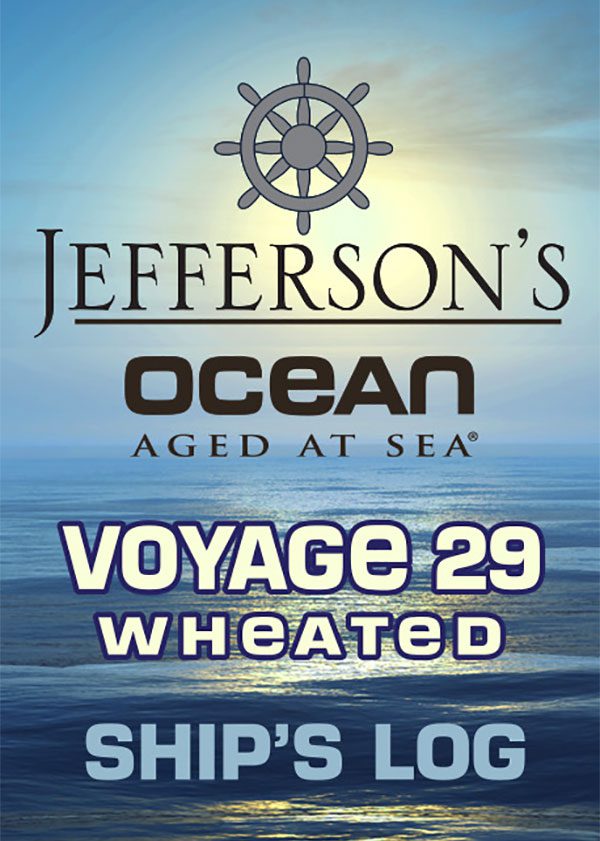 At the stroke of midnight, the ship carting Jefferson’s OCEAN Aged at Sea° Voyage 29 Wheated used its side-thrusters to move away from the dock and out into the channel that would take it to the Atlantic. The bright lights that illuminated the busy Port of Savannah slowly faded in the distance, revealing a beautiful moonlit sky over a tranquil sea.
A tropical storm southeast of Bermuda stirred up moderate seas that gently agitated the cargo but Voyage 29 avoided sailing directly into the storm en route to Manzanillo and the transit of the Panama Canal.

While there was no tropical depressions or cyclone activity in the eastern Pacific, strong, warm winds provided crystal clear days and nights but generated rough seas that persisted through the western Pacific.

Rounding Australia and traveling into the Indian Ocean, Voyage 29 continued its journey storm-free as the entire region was experiencing well below normal cyclone activity.The high wind and rough seas moderated below the equator as the ship traveled north to Singapore. Long passages of open ocean then gave way to frequent stops in China, Korea and Japan. While a busy time for the ship, the barrels of wheated bourbon aboard, quietly rested in the relatively calm coastal waters before heading out into the north Pacific and crossing to the west coast of America. Air temperatures dropped to the mid 50’s above and below the Port of Long Beach but that was as cold as it got through the entire trip. All in all, it was the perfect voyage for wheated bourbon. Air temperatures and sea conditions provided more contact with the wood and a spike in aging which tends to be slower than with rye whiskeys.

Enjoy the aromas of fresh baked bread, complex notes of vanilla and caramel, delicate hints of citrus and spice and the long, well rounded yet gentle finish of OCEAN Voyage 29 Wheated.