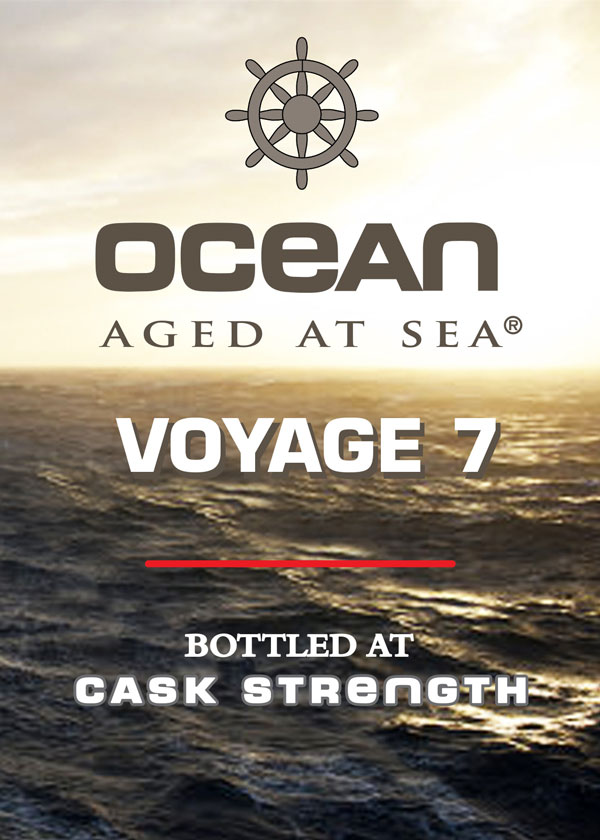 OCEAN Voyage 7 took us to 5 continents and more than 30 ports of call. With fair weather and only a brief delay at the south end of the Panama Canal due to heavy traffic, we arrived at our final destination on schedule. While this voyage was unremarkable weather wise, the same is not to be said about the bourbon.

Bottled at Cask Strength, you can get a taste of what it is like straight out of the barrel. At 56%, OCEAN Voyage 7 is robust but it does not overpower the subtle flavors imparted during the voyage due to the motion of the ship upon the sea. OCEAN Voyage 7 Cask Strength will be a favorite of collectors who prefer to adjust the proof with water or ice to suit themselves.