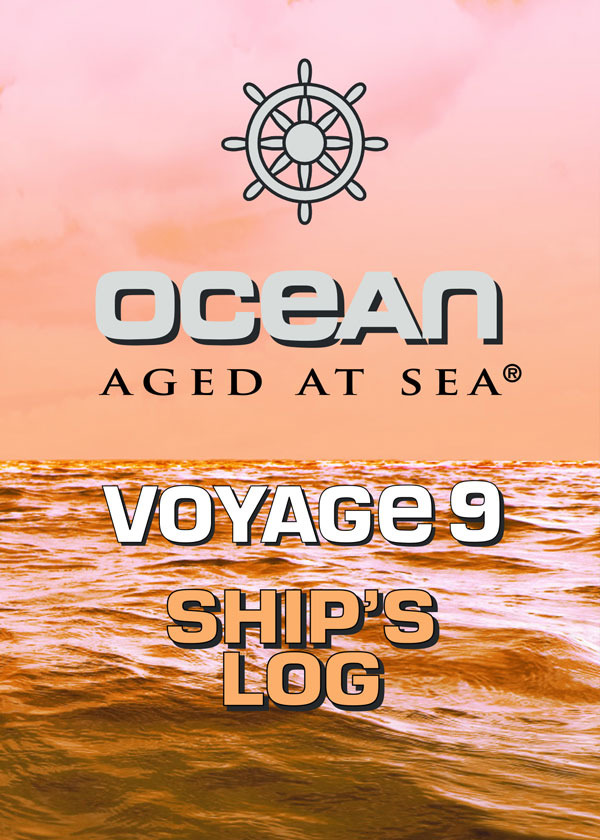 Shortly after boarding its cargo of fully matured Kentucky straight bourbon, the “Tamerlane” set sail for 30 ports on 5 continents. Seas were moderate and temperatures ranged for the 70’s overnight to the low 90’s during the day. As the ship passed above and below the equator five times, air temperature remained relatively stable from the 60’s to the low 80’s and except for a couple of weeks of rough water in September and November, the ship encountered only moderate turbulence.

As a result of a consistent opening and closing of the wood grain in the barrels and the normal rocking of the ship, Jefferson’s OCEAN Voyage 9 took on salty, caramel notes and subtle charcoal and smoke flavors due to fact that more of the bourbon came in contact with the interior surface of each barrel. Because of the departure date of the Tamerlane, most of the voyage was exposed to Fall and Spring weather patterns and avoided a good deal of the more dramatic Summer-Winter climate changes. As a result, contact with the wood allowed the staves to act as a filter taking out the stringencies of the alcohol, making a for an extremely smooth and rich finish.